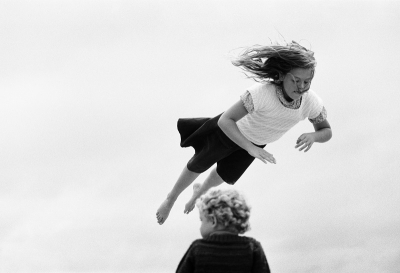 The Invention of Happiness, curated by Marion Perceval and Charles-Antoine Revol, respectively director and project manager of the Donation Jacques Henri Lartigue, and Denis Curti, artistic director of La Casa dei Tre Oci, is organised by Civita Tre Venezie and promoted by Fondazione di Venezia, in close collaboration with the Donation Jacques Henri Lartigue in Paris with the patronage of the French Ministry of Culture.
The exhibition presents 120 images, 55 of which previously unknown, all coming from Lartigue’s personal photograph albums, some pages of which will be on display in facsimile form. Added to these are archive materials, books such as the Diary of a Century (published with the title “Instants de ma vie” in French), magazines from the period, a diaporama with pages from the albums, three stereoscopes with images representing snowy landscapes and elegant Parisian settings. These documents look back over his whole career, from its beginnings in the early 20th century until the 1980s, and reconstructing the story of this photographer and his rediscovery