Francesco Morosini: the last Serenissima’s hero between history and myth 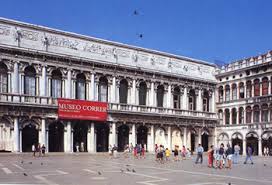 Four hundred years after the birth of Francesco Morosini, dubbed “the Peloponnesiacus” (1619-1694), several Venetian institutions are celebrating this fascinating figure, a doge and admiral. Museo Correr is the major venue since it preserves Morosini’s entire historical heritage from his palace in Campo Santo Stefano, inherited in 1895 by the last heir. The collection includes memorabilia, documents and works of art that reveal particular aspects of Morosini’s life and his historical significance. Personal objects, books, portolans, globes and relics of classical Greek art record his character and interests. Military documents, model ships and fortresses, trophies and weapons seized from the Ottomans all depict the man of war and his exploits, especially the conquest of the Peloponnese (1683-1688). Portraits, coins, medals and commendatory publications evoke the mythical aura that even while he was still alive surrounded the admiral-doge, the last Venetian hero. On his death as doge in battle, the lengthy posthumous commemorations were entrusted to architect Antonio Gaspari’s unrealised monumental projects and to displays such as the one staged in the family home, now recreated in the permanent installation at the Correr. This exhibition devoted to the epic figure of Morosini evokes the Serenissima’s illusory return to glory as a military and maritime power in the Mediterranean.